The very first concert, I was still in high school (it was summer time, when I was about to be a senior in school), and it was in Denver. Of course, it was a Hanson concert. They were doing their Underneath Acoustic tour at the time, and I really wanted to attend a show. This was my first concert experience, and I remember being in complete awe to even be in the same venue as the band. At this concert, I was able to get close enough to front row, so I was able to see the guys and I had decent enough hearing, even though I only had just one lone hearing aid at the time. I did have to fiddle with hearing aid at times, but it wasn't bad.

The second concert experience was another Hanson concert the following year for their Underneath tour. My mom and stepdad took me to Kansas City, Missouri for this concert (we made a trip of it, stopping in Omaha for a bit and whatnot). I even had won a meet & greet pass for this particular concert, but because I didn't always have constant internet connection (I would quickly check my emails in the hotel's "business center"), I had no idea the time for the meet and greet had been moved up so I actually missed it. But the guy who worked for Hanson and handled the meet and greets was able to make up for my missing it by getting me back stage right after the concert so I could get their autographs, which was really nice of him to do.  Anyway, during the concert, I had front row but had a heck of a time trying to hear at first. The guys came on stage and started playing, and all I heard was the audience echoing in the venue. Ugh! It was miserable. I fiddled with my hearing aid, trying to find the right setting... I ended up taking the hearing aid off, and whoa... I could hear the music. Wow. It was loud enough over the speakers that I didn't even need my hearing aid in! I was then a happy camper once I discovered this. As I said earlier, I was taken back stage so I could meet the guys and get their autographs.. well, of course, because I was amazed that I could hear the music with no hearing aid, I had to share this fact with the guys. Taylor thought it was great! 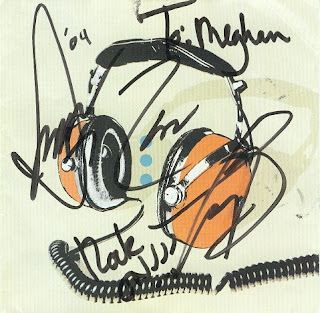 I've gone to three more Hanson concerts since this tour, once in Charlotte, N.C. in Oct. 2007 (I flew out to S.C. to stay with an online Hanson fan friend and we went to this concert together), once in Minneapolis in Set. 2008 (I stayed with my uncle who lived in Minneapolis at this time and I met up with some Hanson.net members at the venue), and another one in Denver in Nov. 2008 (in which I went to this concert with my stepdad's niece as I had a spare ticket). In Charlotte and Minneapolis, I was up in the balconies, and there was more fiddling with the hearing aid, taking it off, and trying to find the best way to listen to the music. The second Denver concert, I was on the floor close to front. Don't think I did too much fiddling with the hearing aid then. 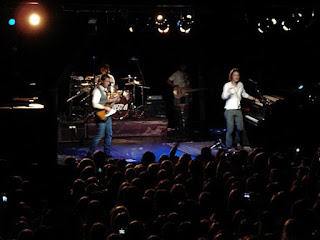 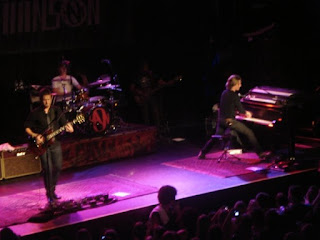 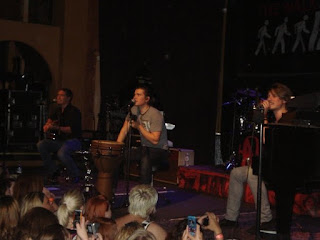 I did attend a local concert once... if I remember right, it was a Skillet concert, but Hawk Nelson was opening, and that was who I wanted to see. I liked some of their music, even if I wasn't completely familiar with their stuff as I am with Hanson, but it was a different concert experience. I remember trying an assistive listening device that the venue had available for deaf/hoh people, and that just plain did not work out. I gave up on the device, and just relied on my hearing aid. I left shortly after Skillet hit the stage and headed home.

After I had gotten my left cochlear implant, I bought a ticket to a Michael Jackson tribute show that was taking place locally. Kenny Wizz was the performer, and he was doing his HIStory Tour. Since I am never going to have the chance of seeing an actual Michael Jackson concert, I thought this would be the closest I would get, since I grew up on Michael Jackson's music (as a child, I was absolutely fascinated with his music videos, appreciating all the visual aspects and creativity he included). Anyway, I really enjoyed this show. I was able to follow along with the music, though it sounded different because it was a different person singing the songs. It would take me a while to figure out/recognize the song Kenny was doing, but I would always figure it out.  It was a different experience, but very enjoyable. There were visuals and dancers while Kenny put on a great Michael Jackson tribute show.

It would be three years after going bilateral before I would finally make it to another concert. Hanson, again! This year marks their 25th anniversary as a band (they were 6, 8/9, and 11 when they started), and 20 years since "Middle of Nowhere" was released. Because of these anniversaries, the brothers wanted to do a world tour, playing their greatest hits at the concerts. I figured, this would be a great "first" concert with bilateral implants, and it was! Not once did I have to mess with my implant processors; they automatically took care of everything. Volume was not too loud, but just perfect. When the audience screamed, that did not hurt in the slightest bit as my processors automatically controlled it.  It was a fantastic show and I absolutely loved it! I loved being able to hear with both ears, and to hear clearly too! I also was really aware of the vibrations from the music. I really enjoyed myself at this concert, hearing the music in stereo, and also feeling the vibrations of the music through the floor of the balcony. I would have to say, this concert was the best concert, sound-wise, for me. 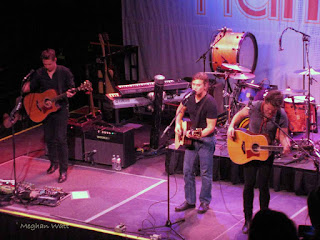 Having bilateral cochlear implants has truly made a world of difference for me, and I could not be more pleased. I can only imagine I'd be enjoying even more concerts with bilateral hearing in the future, whenever that may be.
Shared by CDM at 10:00 AM 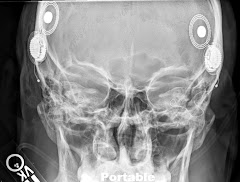 CDM
I was born hearing. I didn't become deaf until November of 1987 when I contracted HIB bacterial meningitis. This disease left me with a very profound loss in the left ear and severe to profound loss in the right ear. I've worn hearing aids since then, and have generally done well for the most part. Have bilateral Advanced Bionic cochlear implants.